Posted by EnergasTech In CSR Projects

Stage 1 of the Tour de Maurice was a flat and fast stage with sections of particularly strong crosswinds, and since the initial first stage, a team time trial, which would have separated some of the GC contenders, had been cancelled.

The crosswind sections would come in handy to split the race up and force some gaps into the field, but due to an unfortunate crash in the bunch just as the crosswinds hit hard, the peloton got split up unexpectedly and the team got put on the back foot for a moment before Willie Smit, during a show of strength, managed to ride across to the leading group in the gusting winds. After Willie made it into the front group, the rest of the team, consisting of Jaco Ferreira, Adolph Krige, Barend Burger and Mornay van Heerden, continued to control the pace at the front of the peloton, making sure that no unwanted moves went up the road.

Meanwhile the leading group including Willie had split up and formed a smaller group with some of the top general classification contenders. This group drove hard all the way to the finish for a sprint finish, which Willie managed to win from James Tennent from team Lights by Linea and Sylvan George, a well accomplished French rider for Team Engen.

Further back, the rest of the team managed to split the bunch on some of the rolling roads coming towards the finish and that performance meant that Team Energas went into the lead of the team classification. With Willie’s win he pulled on the yellow leader’s jersey and claimed the white jersey for best young rider as well as the blue jersey for the king of the mountains competition. 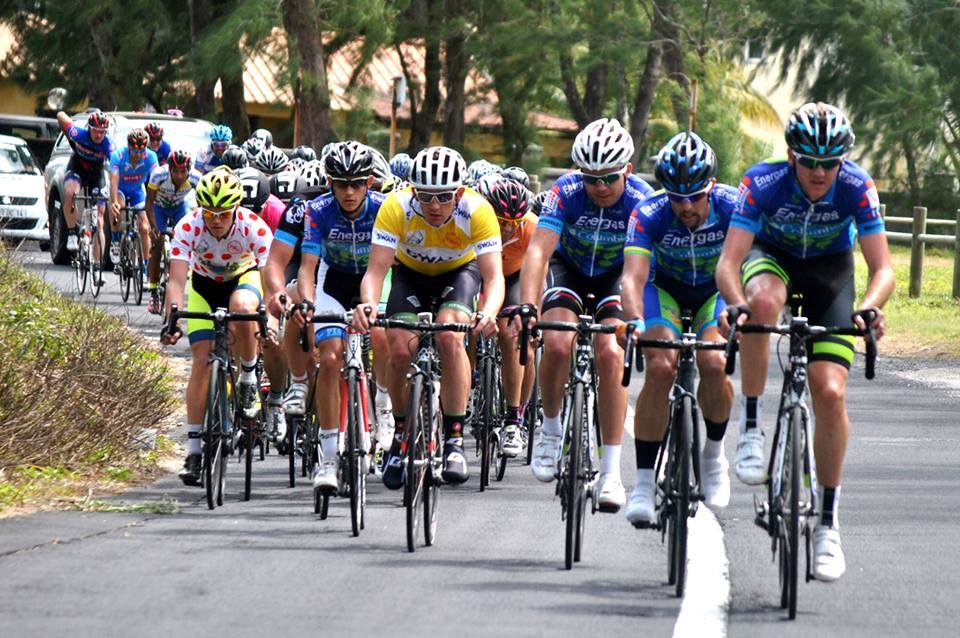 With Willie in the yellow race leader’s jersey, the team had to take on the responsibility to control the race and make sure no dangerous moves containing any of the main GC contenders went up the road. The day went smoothly with a break of around seven riders who got a way, but this was nothing to be concerned about.

With about 30km to go into the stage, one of the young riders on Team KFC made a break and Mornay followed the move to make a break of two riders between the bunch containing the yellow jersey and the breakaway. Mornay and the rider from Team KFC worked together and ended up catching the initial breakaway. With about 5km to go, however, the KFC rider made another decisive attack and broke clear from the breakaway containing Mornay. Mornay followed in pursuit but couldn’t close the 10 second gap in time for the finish and ended up finishing second on the stage.

Further back the rest of the team continued to control the pace at the head of the peloton and they kept it together until the finish, keeping the yellow safe for another day. 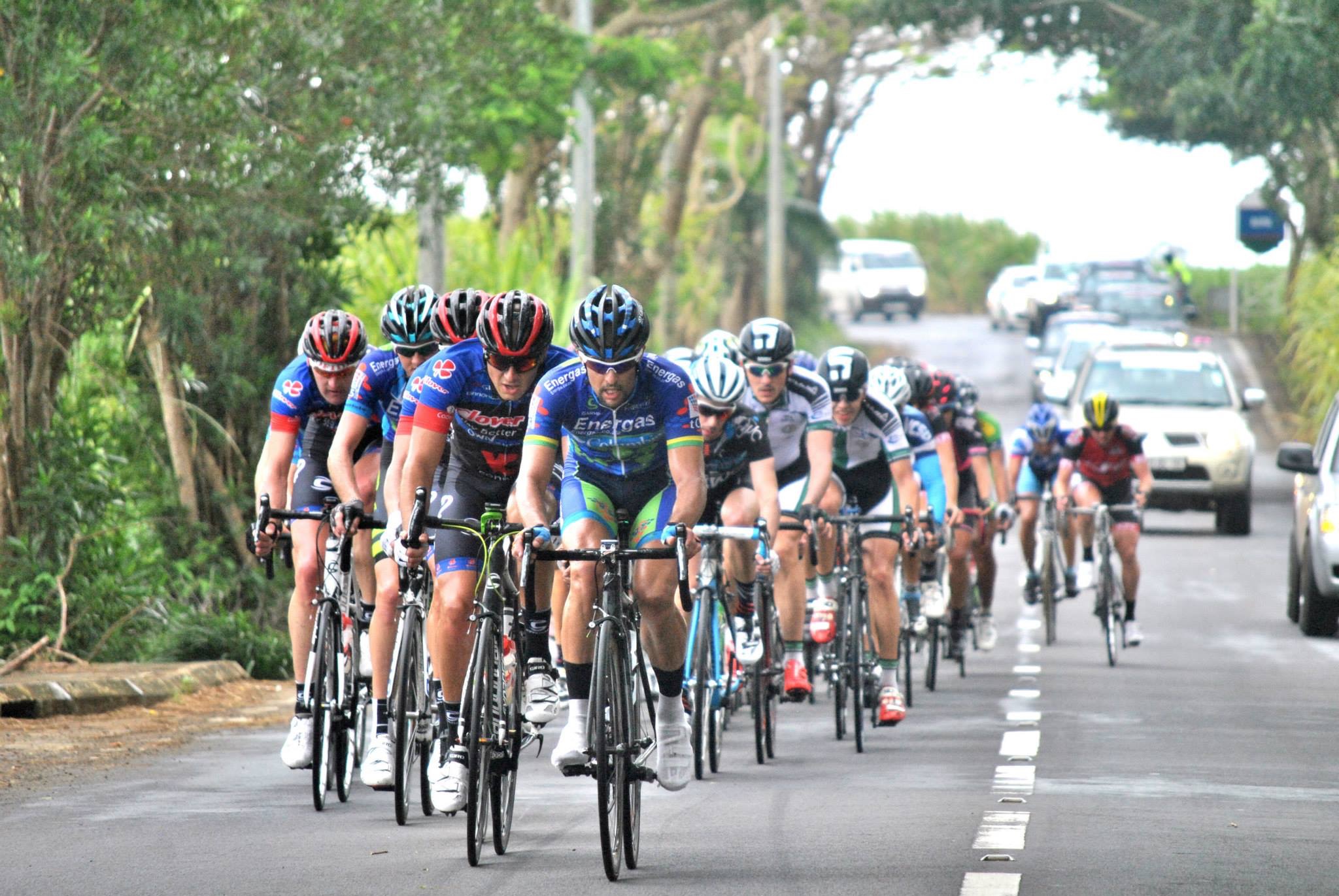 Stage 3 would ultimately have a big shake-up in the GC standings with the individual time trial in the morning and a normal road stage in the afternoon. Willie was poised for a high placing in the time trial and definitely delivered at that, taking another win for the team and ultimately extending his lead in the race for the yellow jersey. Barend and Adolph also had good rides on the day, both finishing inside the top 15, which also helped to keep the team in the lead of the team classification.

The afternoon stage would most likely end up in a big bunch sprint with no real threat of the team losing the grip on the yellow jersey. The team controlled the race brilliantly with a small two-man breakaway being let off the leash to stay away to contest the stage win.

Further back the bunch stayed together and Willie took the honours in the bunch sprint wrapping up third place for the stage.

On Stage 5 the tour could potentially be won or lost. The riders faced a big climb of 10km with pitches of up to 20% in gradient towards the end of the 135km stage, which could possibly see a rider like Sylvain George in second place overall with a slender deficit of only 20 seconds, putting the team under pressure on the climb. But there was a strategy put in place and the team executed it to perfection. Barend got himself into the day’s breakaway and the rest of the team would protect Willie as much as possible leading up to the climb. Adolph did a brilliant job at the head of the bunch pacing man-alone for majority of the stage leading up to the climb, and Jaco and Mornay would act as a springboard for Willie going up the climb. That brilliant display of team work and execution of strategy saw Willie getting over the climb in a good position to have no time loss on the stage and ultimately finishing third on the stage.

The last day of the tour was a 90km criterium on the highway of Port Louis. The plan for the day was to keep the race together as much as possible and secure the yellow jersey and team classification.

The team faced constant attacking from other teams trying to get their slice of the pie, but with Jaco and Barend controlling the peloton, there would be no dangerous moves going up the road. Approaching the finish of the stage, however, a break managed to escape from the bunch, but Willie was on top of it and got himself into that group, which he managed to overpower with a kilometre to go and ended up winning his third stage of the tour and securing the overall win of the tour, the young rider classification and the blue climber’s jersey. With the team well-represented in the top 20 on the stage, the team classification was wrapped up as well! 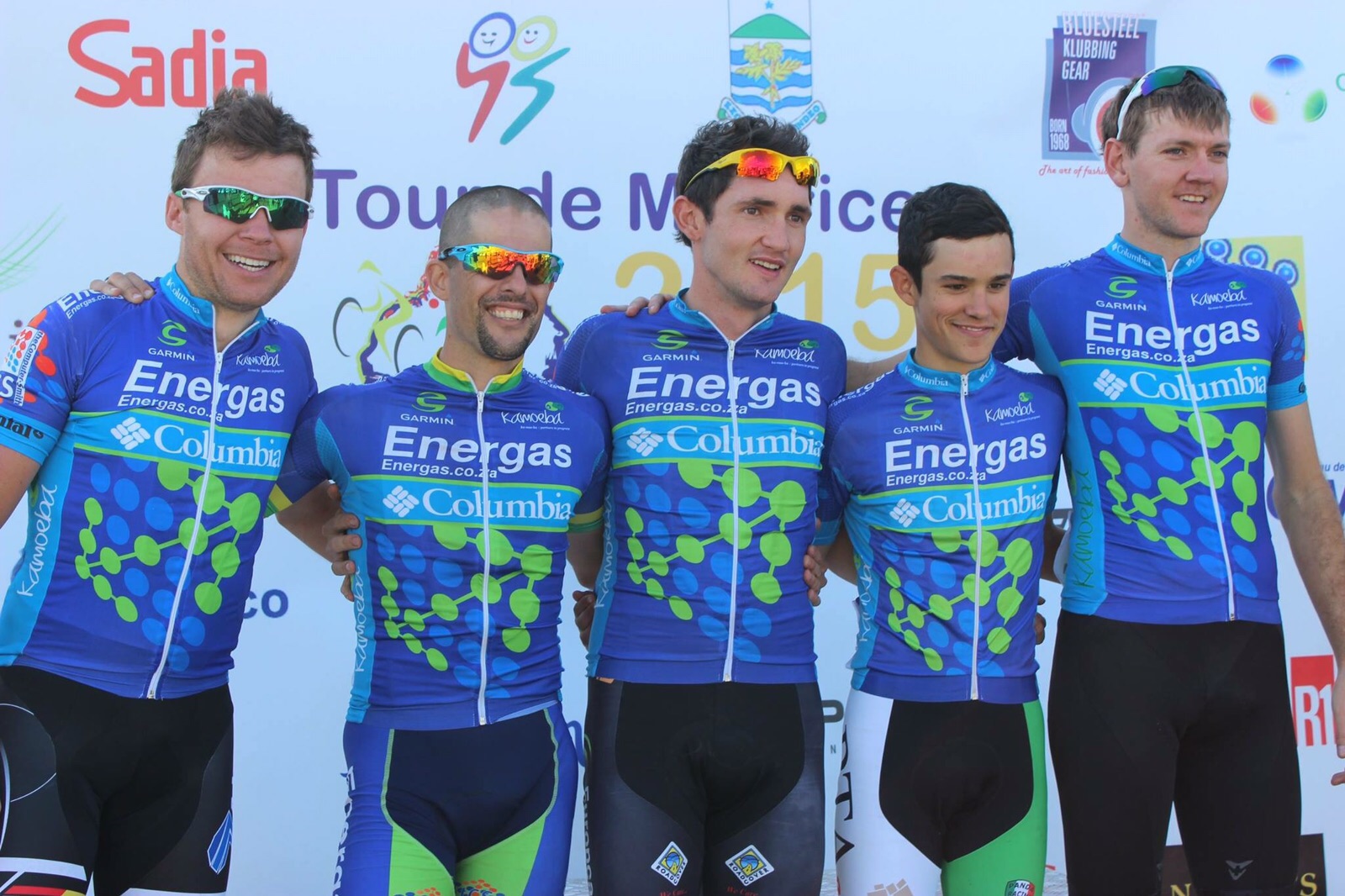