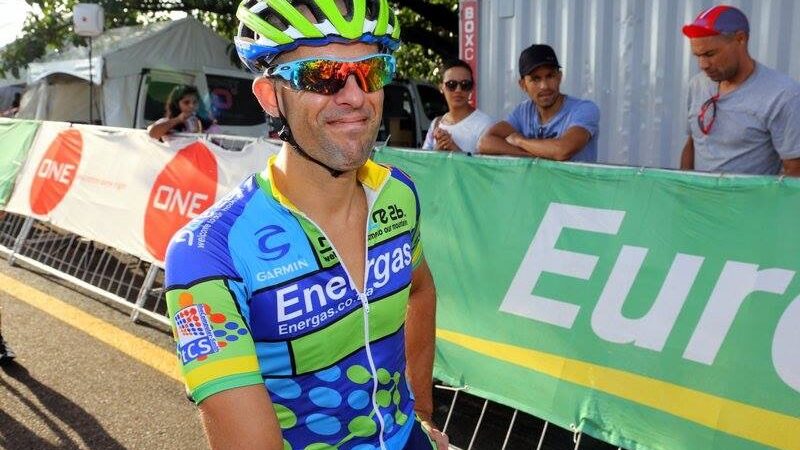 Posted by EnergasTech In CSR Projects

SA Road Champs, a gruelling 119 kilometre cycle race in Westville, Durban, saw four winners in various categories on the day. One of these was Jaco Ferreira, sponsored by Energas Technologies, who won the Masters Men race in the 35-39 category. Here’s what he had to say about race day:

With the 30-34 and 35-39 age groups racing together this year (usually hosted separately), this was going to be a highly tactical race for me, especially since I had not raced on the since November 2015. This meant I had little insight into the condition of my competition.

But having won SA Champs on the same circuit in 2014 meant that at the very least, I had some experience on the course and with that, I decided to play the waiting game, watching and following those I believed would be the main protagonists during the race (based on recent race results).

Right from the start, the Northcliff team started to send riders up the road, but they were in the 30-34 category. I only had to watch out for the 35-39 category riders. After about a lap (we did seven in total) two 30-34 category Northcliff riders got away and it was up to the younger sub-vets to do the chasing.

The race splintered on the main climb during every lap (3.7km at 3.8%, with the steepest 1.1km >5%), with the tempo kept high. There were no attacks as such, but on every lap several riders got back again on the flatter section at the top.

With the break finally in sight on lap 5, strong 30-34 and 35-39 riders attacked and I felt confident to see how the others responded, while waiting to get onto the wheels. At the same time, though, I felt that I had more left in the tank for when it really mattered later into the race.

Going past the finish for the final time, two 30-34 riders got a gap and two more rode across at the turn-around at the top. Going down the hill, one of the main 30-34 contenders had a wheel issue, and upon his return to the bunch, his 35-39 team mates started pacing, which suited me 110% since this would eliminate them from my own competition and it would also make the riding hard on the final hill…

Going up the hill, the tempo was kept high given it was the final lap and the top four 30-34 riders were less than 30 seconds in front of us, and with approximately 1 kilometre to the top of the final hill I really went to the front for the first time. I pushed the pace quite a bit (all seated), but still wasn’t going all out.

I saw the gaps appear behind me in the shadows (not even knowing who it was), and only then did I put in a maximum out-of-the-saddle effort and made the final effort count.

Luckily I got quite a big gap quite quickly and crested the final hill with about 10 seconds to spare with only the last 300 metres left which was all downhill.

Luckily my race tactics worked out well on the day. I had no mechanical issues and my support team were super. Given Durban’s heat and humidity, hydration and cooling oneself down were key to performing well and I probably used 5 litres of water during our 3 hours of racing which made a huge difference to the body coping well with the heat!

I’m very happy to be riding 2016 with green and gold across my chest as SA Champion as well as with the Energas Technologies logo which really fits in well with our awesome club kit and colours. 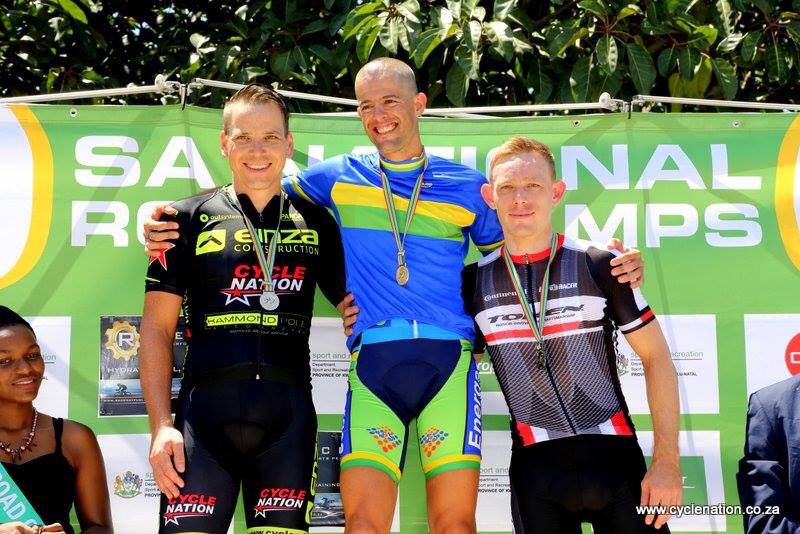 Energas Technologies is proud to sponsor Jaco Ferreira and congratulates him on his SA Champs win!